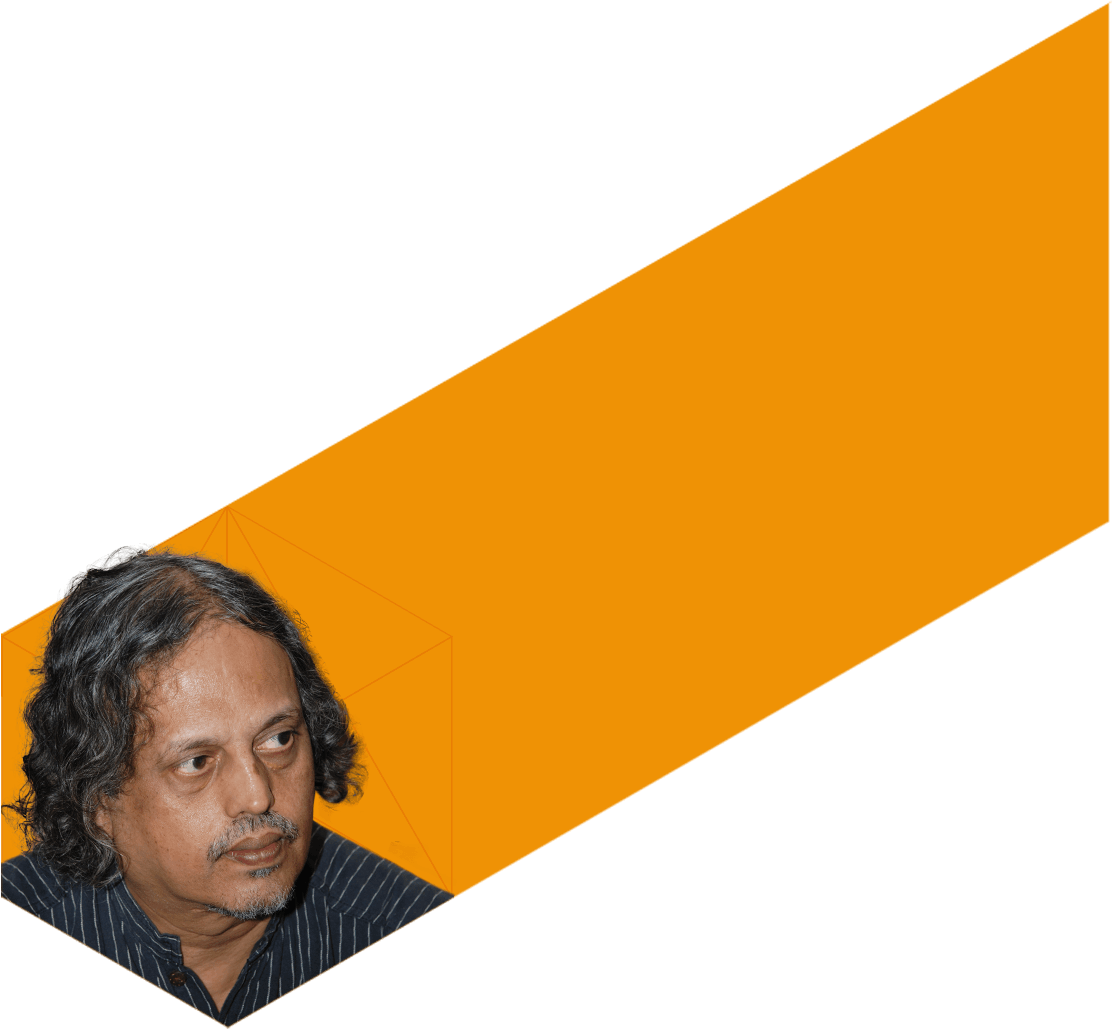 Founder of the Barefoot Philosophers initiative (www.barefootphilosophers.org), Sundar Sarukkai’s works primarily in the realm of philosophy of natural and social sciences. He is the author of Translating the World: Science and Language, Philosophy of Symmetry, Indian Philosophy and Philosophy of Science, What is Science? and two books co-authored with Gopal Guru – The Cracked Mirror: An Indian Debate on Experience and Theory and most recently Experience, Caste and the Everyday Social. His book titled JRD Tata and the Ethics of Philanthropy was published in July 2020.

Sundar Sarukkai is the Co-Chief Editor of the Springer Handbook of Logical Thought in India, the Series Editor for the Science and Technology Studies Series, Routledge, and editorial advisory member of Leonardo as well as Marg. Sarukkai was a professor of philosophy at the National Institute of Advanced Studies till 2019 and was the Founder-Director of the Manipal Centre for Philosophy and Humanities where he set up an innovative interdisciplinary postgraduate program. He has been actively taking philosophy to different communities and places, conducting philosophy workshops for children and bringing philosophy to the public through his writing in the media. His forthcoming book “Philosophy for Children” will be published in English and other languages.