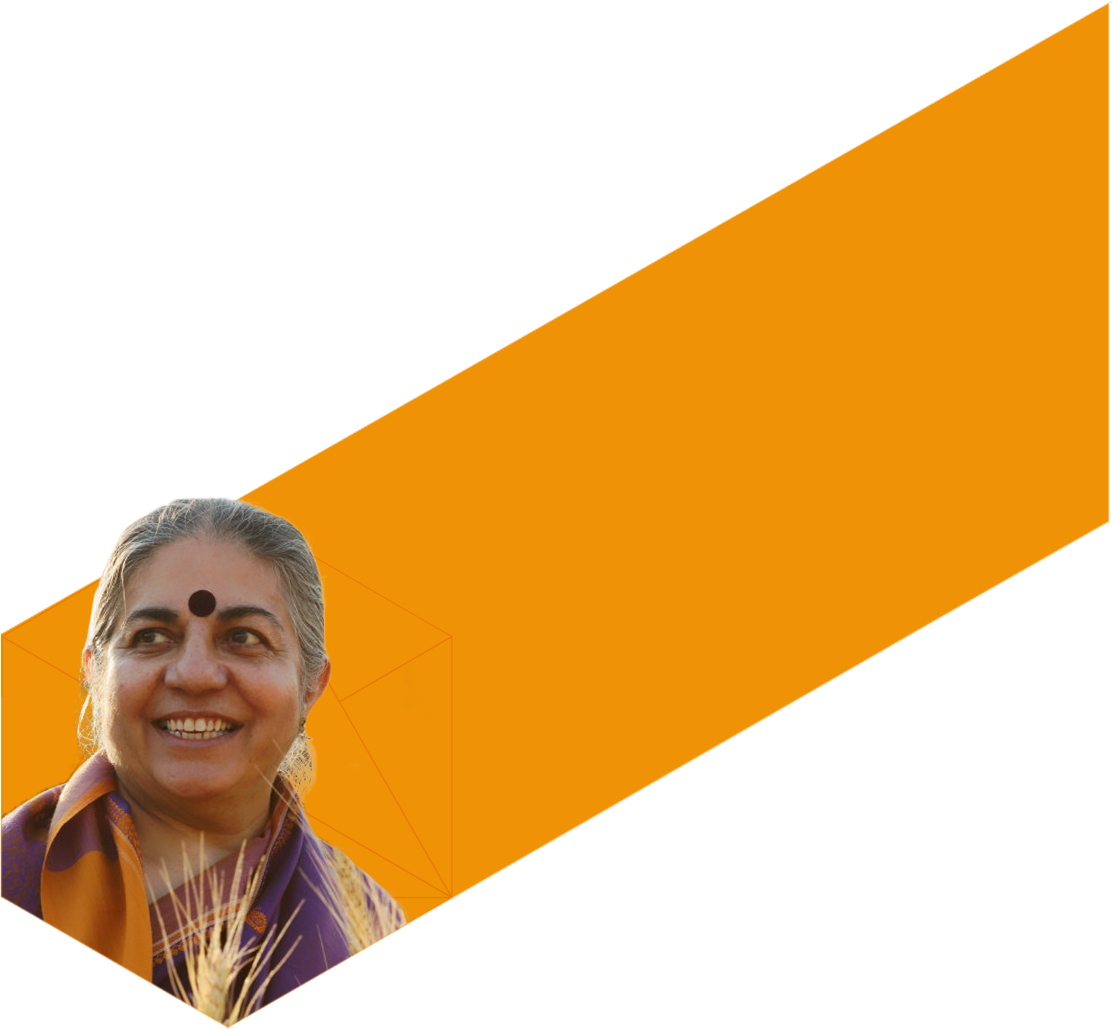 Dr Vandana Shiva is an Indian scholar, environmental activist, food sovereignty advocate, and anti-globalisation author who has authored with more than twenty books. She has written and spoken extensively about advances in the fields of agriculture and food.

Dr Shiva has launched various activism campaigns in numerous fields such as intellectual property rights, biodiversity, biotechnology, bioethics, and genetic engineering, among others. She has assisted grassroots organisations of the Green movement in Africa, Asia, Latin America, Ireland, Switzerland and Austria with opposition to advances in agricultural development via genetic engineering. In 1982, she founded the Research Foundation for Science, Technology and Ecology which led to the creation of Navdanya in 1991, a national movement to protect the diversity and integrity of living resources, especially native seed, the promotion of organic farming and fair trade.