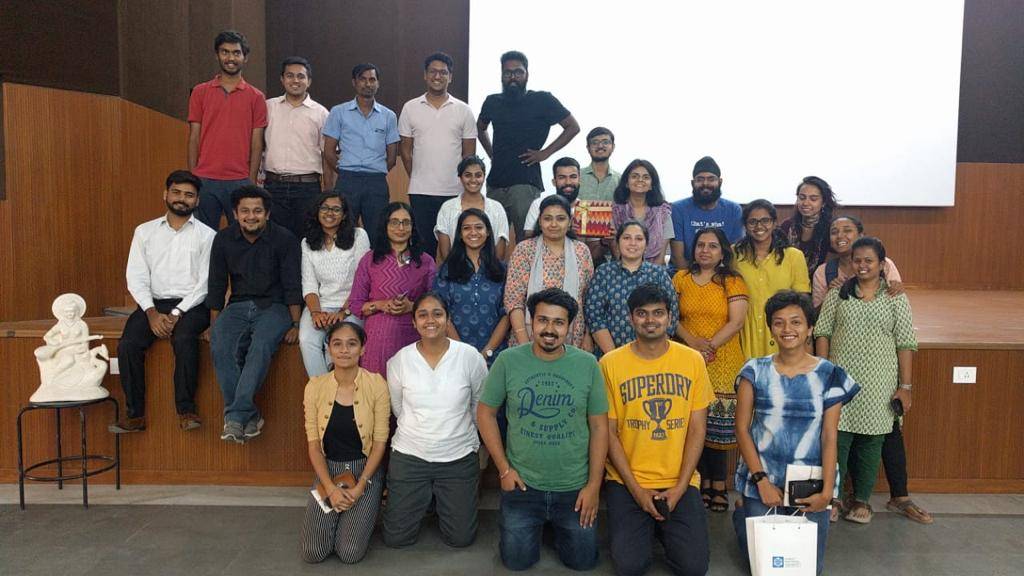 Every month, the Film Club @ AnantU organises a community screening in campus to promote exchange of ideas and introduction of new concepts among members. On April 12,  the ethnographic film ‘A Brief Encounter with the Kunds of Benaras’ was screened in the presence of its director, Mr. Rohit Lahoti. 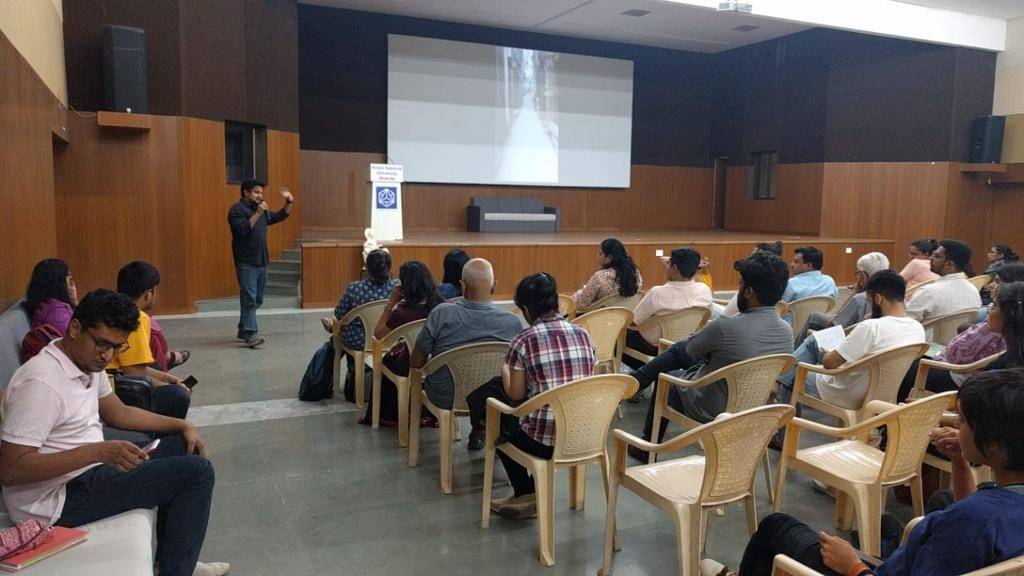 The event began with an opening teaser of Travelling without Moving, followed by the film screening. Post screening, a contest titled ‘First Frame: Collaborative Story Telling’, was conducted. Participants had to form teams and present a creative piece on the documentary. Winners were chosen by a judging panel and were awarded confectionery hampers.

Synopsis – As a part of the Experiential Learning Module at the Young India Fellowship program at Ashoka University, a team of researchers (Espirito Kashi) comprising the director of the film, Rohit Lahoti, Dhoopa Shankar and Prabha Shankar under the guidance of Rajat Nayyar worked on this ethnographic film.  The film is an endeavour to record the traditions of Kashi, mainly the Kunds (reservoirs)of Kashi. The importance of the intangible cultural heritage is not the cultural manifestation itself but also the wealth of knowledge and skills that are transmitted from one generation to the next.

Analysis and Appreciation – The film is about unravelling the cultural and symbolic significance around the Kunds. However, it looks at the landscape and spaces around them, the way they come to be used in daily life.  Lakshmi Kund is the one where people come to pray after deaths in their families. One can witness people lazing around the Kund and chemicals being sprayed in it.  Ram Kund has its own story. It is a myth that people get mukti by living in Kashi. The soul needs to be recommended for mukti which is done by Kaal Bhairav (the fifth incarnation of Lord Shiva).  The privileging of species comes to the forefront with buffaloes being denied access to the Kund. Surrounding this area is an akhada (spaces which are used for training). Someone undergoing physical training over here is considered to be Hanuman personified. The researchers also noted that lanes surrounding this area were named after food – Kachori gali. Lolark Kund was a site frequented for the fulfilment of desires, mainly Putra prapti (desire for sons). This has a temple complex in its vicinity. Suraj Kund is an area full of migrants from Bihars. This stands in contrast to the others having a preponderance of locals. Pushkar Kund was significant as post marriage, only after bangles were put in the Kund, the marriage was consummated. The researchers also noted that women wore red bangles with safety pins, the latter being symbolic of protection.  Lastly, Pishach Mochan Kund stood out with its water sparkling like diamonds.  Peop.le come in from across the country to perform shraadh rituals, to pay homage to one’s ancestors.

The film is an effort to comprehending spaces not only from a personal narrative, but to view cities by digging deeper into its different layers like architecture, people and spaces. Very often, our so-called ‘privileged’ existence makes us oblivious to surrounding spaces, their significance and their uses. To that extent, the film was a step to embark on a field experience and understanding these layers in one frame. It made the researchers come out of their cocooned existence to witness the different practices of our society, be it in terms of the desire for the male child or for that matter, even caste.